Tickets available via Ticketmaster.  KIDS $5 with a purchase of an adult ticket.

Students from participating schools can get a complimentary ticket with a valid student id at the Dickies Arena Box Office in advance or day of the game. 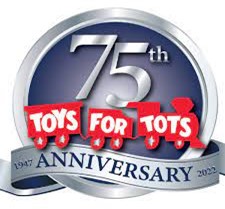 The last time TCU and SMU played was December 5, 2018 in Dallas where TCU rallied for a 67-59 win. This year’s game will be the first time the two teams have met on a neutral court since November 13, 2013, when SMU won 69-61 at the American Airlines Center in Dallas.  The Simmons Bank Showdown will be the 194th game played between the crosstown rivals, making SMU the most played opponent for the Horned Frogs.

This marks the fourth consecutive season that the Horned Frogs will play a non-conference game at Dickies Arena. The Frogs played the first-ever game played in the arena on December 6, 2019, when they lost a nail-biter to USC, 78-80. In December 2020, TCU defeated Texas A&M 73-55 and last December, the Frogs continued their winning streak with beating Utah 76-62, giving TCUs a 2-1 record in the Simmons Bank Showdown inside Dickies Arena